What is a risk? 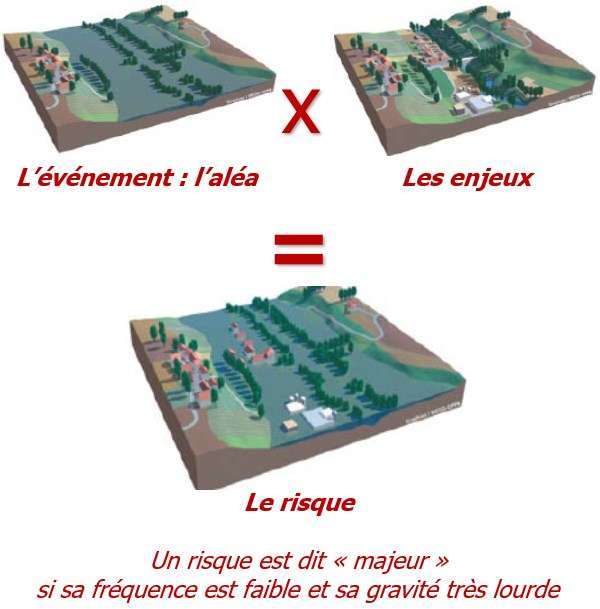 The major risk: possibility of an event of natural origin, or linked to human activity, to occur, the effects of which may involve a large number of people, or cause significant damage, and exceed the reaction capacities of the society.

The disaster: finding that the major risk has been proven, that it has materialized. It is a state of affairs which leads to a crisis situation and requires the establishment of a significant specific organization and special means.

Established by the Mayor, it defines the organization planned by the municipality to ensure the alert, information, protection and support of the population with regard to known risks.
Developed by the director of schools, it makes it possible to set up an internal organization within the school, thus ensuring the safety of students and staff, while waiting for help to arrive.
"Do not pick up your children from school" is an instruction that may seem difficult to follow, but it is essential. Outside, you can put yourself in danger and hinder the response of the emergency services.
Developed by yourself, it helps you organize your autonomy in the event of a major disaster.